“…the performances are uniformly hearty … Helen Perris plays Red’s mannish aunt, a possum and a cockatoo with verve.”

“Helen Perris, who is also responsible for simple, effect choreography would have stolen the show as the irrepressible Gertrude McFuzz, had it not been for an equally eye-catching performance by Sarah Tremble as the wonderfully vampish Mayzi LaBird. Both are thoroughly delightful.”

“…all is light bright and funny…

…the perfect show for an old-fashioned good evening out…” 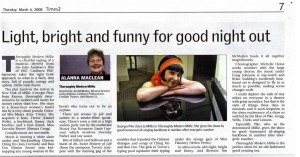 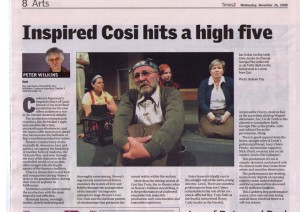